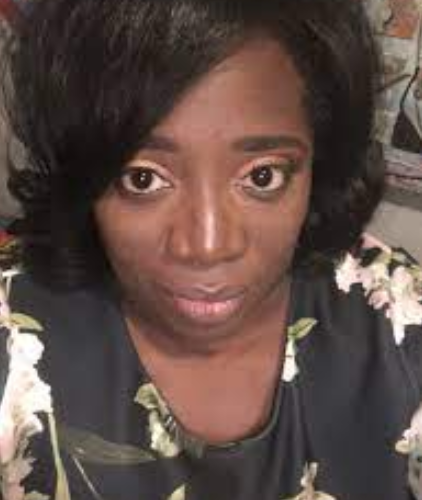 ABENI BLOODWORTH is a writer and artist-activist. Co-Founder of Dry Powder Works (DPW). DPW is a multimedia production and distribution ecosystem designed to name and disrupt the master narrative through good storytelling. Powered by 3000 Black creatives throughout the Diaspora, the company is premised on the belief that “We are the stories we tell ourselves.” DPW’s theory of change utilizes story to socialize indigenous wisdom and inspire a re-imagination of power across social, economic, political, cultural, and ecological fault lines. She has over 25 years of experience supporting organizations through periods of growth, change, and transition-disrupting systems by linking philanthropy to narrative change and leadership to transformative impact. To date, she has raised over 150M+ dollars to support transformative change. She has lived and worked on four continents (West Africa, Eastern Europe, Central America, and North America - including the Big Island, Hawaii); served as an executive director, program officer in philanthropy, development officer, a board member, and launched two successful ventures. Architect of the Activist Playbook for Transformative Media, she is currently producing a docuseries on the intersection between housing and segregation and co-producing with Level Forward an adaptation of the Paula Giddings biography Sword Among Lions: The Ida B. Wells Story and the episodic series, Blackball, the story of the Negro Baseball League told through the rivalry of two teams. Abeni is a long-time board member and former Board Chair of the Institute for Media & Education and currently serves on the Boards of the Predistribution Initiative, Imperative 21, and the Vindicate Society Venture Capital Fund. She received her B.A. in English and Political Science from Spelman College, an M.S. in Managerial Sciences from Georgia State University, and holds a Certificate of Fundraising Management from the Lilly School of Philanthropy at Indiana University. For fun, pre-pandemic, she enjoyed exploring our country’s National Parks, listening to Gregory Porter, and cooking elaborate Sunday meals for friends. Now, she finds herself dreaming of New Zealand and re-reading James Baldwin, Octavia Butler, Malidoma Some, and Rumi. 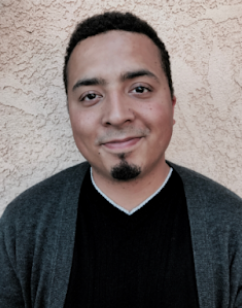 Ian Robertson is a multimedia writer, producer, and media executive based in Los Angeles, CA. After graduating from Harvard University, Ian specialized in the production of alternative media projects, including KILM/Battlecam.com, the world's first interactive television station, for which he was head of production, and Hologram USA, the United States' largest producer of Hologram entertainment. As the head of technical operations for Hologram USA, Ian designed and supervised all facets of construction for holographic projection systems. Notable clients included ABC, Sony Pictures, The National Comedy Museum, Fiat Chrysler Automobiles, and the Comex Group.

As a writer, Ian co-wrote “Up North” along with the show’s creator, Emil Pinnock, which won four of the six major category awards at SeriesFest. As Co-president of their production and non-profit shingle, Unleashing Giants, he has sold several television and film projects, with projects underway with notable industry companies (Blumhouse, Entertainment Studios, Warner Bros, and Level Forward). Additionally, he has undertaken expansive outreach work via Unleashing Giants’ “Lights, Camera, Future” program, which teaches formerly incarcerated or underprivileged youth filmmaking and leadership skill sets. 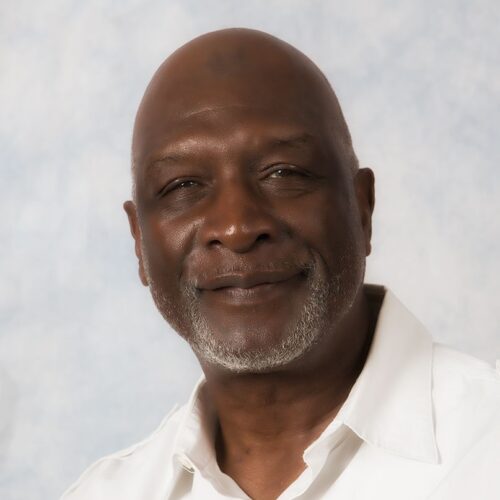 Gerald Boyd, MDiv, ICADC, CADCII is the Chief of Equity and Justice for chromatic. black. Co-Founder of Peacewerks Center for Well-Being and the Executive Director of Eastern Shore Training and Consulting. Gerald has dedicated his life to advancing justice, peace on earth, and helping others to embrace the understanding of the oneness and wholeness of the human race. He has over 40 years of experience supporting organizations and people through periods of crisis, growth, and evolution. In the capacity of a consultant, he has had the honor of working with over 100 organizations including the National Coalition Building Institute and the American Academy of Communication In Healthcare (ACH) in integrating equity frameworks that help to shift culture and align principles with policy and practice. In addition to his DEI, consultancy Gerald is the Curator of the Samuel D. Outlaw Blacksmith Shop Memorial Museum. Gerald has worked in the fields of Applied Sociology, Education, Human Development, and Addiction Recovery for more than 40 years. He holds a Master of Divinity and an Honorary Doctor of Divinity, both in Transpersonal Psychology, is a Certified Alcohol and Drug Counselor II (CADCII), an Internationally Certified Alcohol and Drug Counselor (ICADC), a Certified Anger Management Specialist, a Certified Life Coach, and a Certified Mediator. He is currently living on Oak Grove Plantation in Eastville VA, with his wife and their chickens - living and serving his Eastern Shore of VA community. Gerald serves on the Eastern Shore Chamber of Commerce, Leadership Council Member of Virginia Organizing, and 200+ Men of Hampton Roads Member and is an active member of the NAACP Northampton County VA Branch. 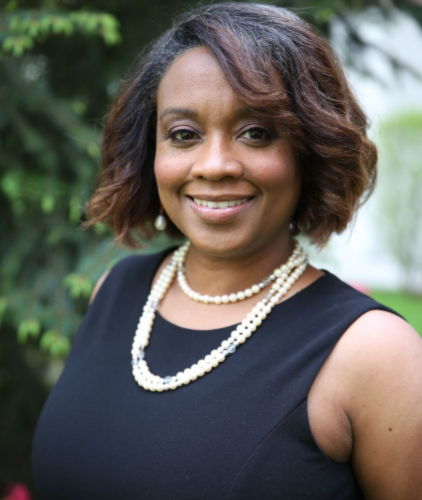 ANGELA HARMON is an Emmy-nominated producer, storyteller, and creative with over two decades working in unscripted and scripted development for production companies and labs. From casting to TV/film development, Harmon has developed close to 40 TV shows for several major networks including Netflix, NBC, A&E, and HGTV. Her expertise as a chromatic creative has garnered her a catalog of production house credits curating films and finding projects for blackfilm.com, Academy Award winners, Jonathan Demme and Spike Lee’s 40 Acres and a Mule. Co-Founder of CHROMATIC BLACK PRODUCTIONS, Angela seeks to disrupt the master narrative through good storytelling. An advocate for intersectional parity and accurate representation in media, she is currently at work on two episodic series: Blackball, a story of the Negro Leagues, and the adaptation of Paula Giddings, Ida B. Wells: Sword Among Lions biography. A graduate of the Maysles Documentary Center, Harmon is certified in story development, fundraising, documentary, and film through the Filmmakers Collaborative program. When she’s not building a media ecosystem, she enjoys watching Prince videos with her free daughter and dancing. 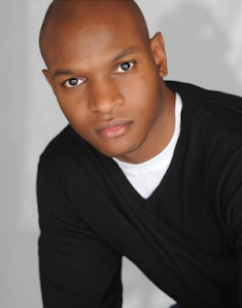 Emil Pinnock is an American film director, producer, writer, and actor from Harlem, New York, whom has been active in the film industry over 20 years. Having acted since a youth his on screen credits started with a recurring role on the PBS national program Reading Rainbow and extended to acting roles in major motion pictures Sixth Man and Beloved. Other credits include Gridiron Gang Starring The Rock and NBC' s series E-Ring. As a writer -director Pinnock has led over 10 projects including his breakout project, Up North (an original series), having premiered at SeriesFest and breaking records winning best actor, director, drama and the most coveted audience award. He along with his production company, Unleashing Giants Studios, now have production deals at Blumhouse Productions, Entertainment Studios, Radar Pictures, Atmosphere Entertainment, and have been tapped to write the original stories for The Negro Baseball League, FUBU founder Daymond John, and the origin story of legendary lyricist Biggie Smalls, which are all currently in development. 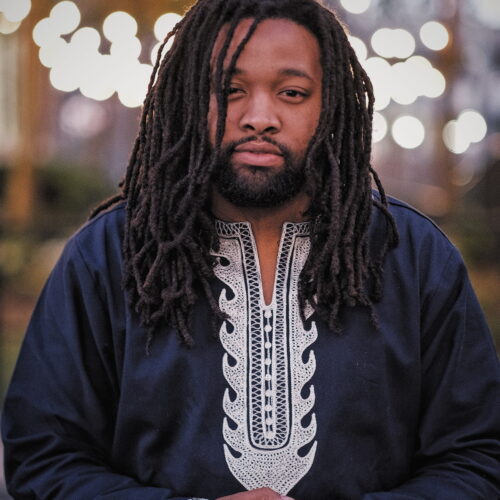 I am a lover of all things black, especially my people and culture. My mission in life is to serve and bring joy to others and to leave this world better than the way I found it.

I’m a passionate entrepreneur that loves to build brands that make a great impact in my community. In 2008 I founded a nonprofit organization called M.A.D.E. (Motivated Adults Developing Excellence) which was a leadership development program for youth and young adults. This organization afforded me the opportunity to serve my community while simultaneously motivating young people to become the best version of themselves. In hopes of changing more lives I wrote my first book “Become M.A.D.E. It’s a Lifestyle” which included my formula to creating a good life by building great relationships. While running M.A.D.E., I received a tremendous amount of support from local black-owned businesses and in my attempt to repay them for their contributions I was inspired to start a company called Spendefy. Spendefy is an Atlanta-based tech company founded in 2015 by Eldredge P. Washington, Antwon Davis, and myself. We built a platform to leverage the power of consumerism for economic and social good. We believe supporting local black-owned businesses is one way we can contribute to economic and social good.

Ultimately, I believe in three things: God, family, and community. At the age of 18, I decided to dedicate my life to rebuilding and installing back the pride into our communities. One of the proudest opportunities I have been given is to be the youngest member of Let Us Make Man. Let Us Make Man: The Gathering to Reclaim the Black Family is known for excellence in training, developing and empowering black communities. In addition to Let Us Make Man, I am also a proud member of The Black Man Lab. The Black Man Lab is a safe & sacred space where an intergenerational gathering of Black Men work together to become “warriors, healers, and builders” In the “Lab” the elements of authentic manhood are shared with all generations of Black men.

I love everything that I do but my biggest pleasure in life is hosting the JustEldredge Podcast. As a creative, it is imperative that I express myself as freely and frequently as possible. My podcast has given me a platform to speak my truth while allowing real people to have real conversations about real issues we face everyday. The JustEldredge brand will ultimately become a conglomerate of podcasting, vlogging, and blogging where I will continue to use my voice to empower and energize others to live their lives to the fullest.