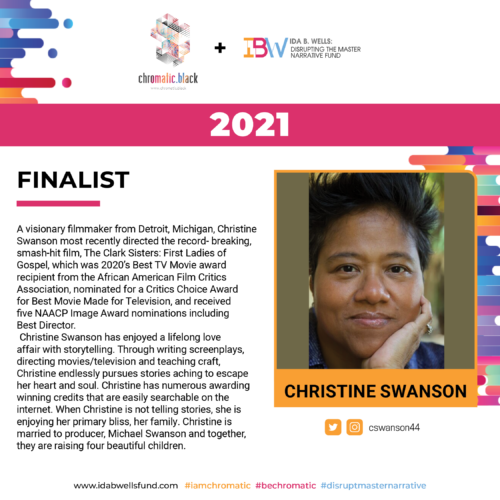 Christine Swanson has enjoyed a lifelong love affair with storytelling. Through writing screenplays, directing movies/television and teaching craft, Christine endlessly pursues stories aching to escape her heart and soul. Christine has numerous awarding winning credits that are easily searchable on the internet. When Christine is not telling stories, she is enjoying her primary bliss, her family. Christine is married to producer, Michael Swanson and together, they are raising four beautiful children. 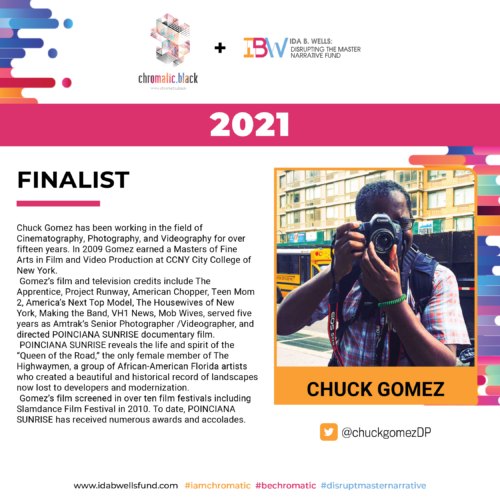 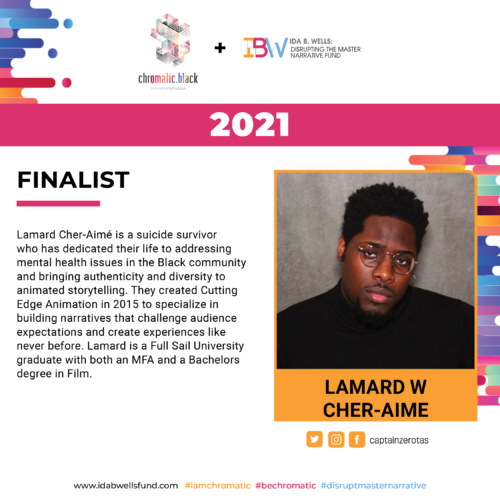 Lamard Cher-Aimé is a suicide survivor who has dedicated their life to addressing mental health issues in the Black community and bringing authenticity and diversity to animated storytelling. They created Cutting Edge Animation in 2015 to specialize in building narratives that challenge audience expectations and create experiences like never before. Lamard is a Full Sail University graduate with both an MFA and a Bachelors degree in Film. 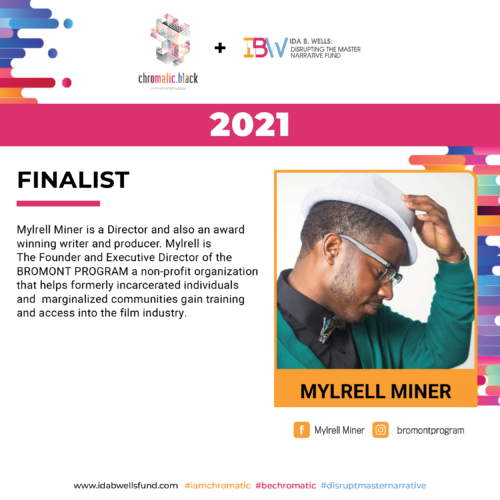 Mylrell Miner is a Director and also an award winning writer and producer. Mylrell is The Founder and Executive Director of the BROMONT PROGRAM a non-profit organization that helps formerly incarcerated individuals and marginalized communities gain training and access into the film industry.